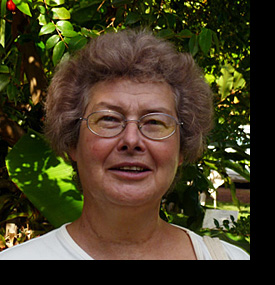 I began life in Baltimore, Maryland in 1953 then went to high school in Chicago where my family moved in the 1960’s. I attended college at the University of Washington, Seattle and graduated in 1976 with a BFA in sculpture and BA in art history. In 1984 I traveled to do graduate studies in fine art and art history at the Zhejiang Academy of Fine Arts in Hangzhou, People’s Republic of China.

Asian Brush and Ink painting – also known as Sumi painting captured my attention while at the University of Washington. I studied with Professor George Tsutakawa who taught both sumi painting and sculpture there. Going to China was the next step in following this interest and I was fortunate to be part of the first group of foreigners allowed into the  school since the Cultural Revolution.

There is wonder in nature I love and want to convey in my art. When I was young, I spent hours in the intertidal zone of the Connecticut shore fascinated by what I saw. Now the natural world and outdoor experiences which include commercial fishing in Alaska as well as hiking and mountain climbing in the Pacific Northwest provide inspiration and imagery.

Sumi painting came out of nature based Taoist tradition in China. I paint and teach classic sumi as well as move it into new directions by combining the tradition with non-traditional techniques and materials.  It becomes  unique in 2-dimensional expression as well as 3-dimensional installations with metal, wood and glass.